Dr. John Muciaccia returns to the The Hoboken Public Library on June 5 to discuss and sign copies of his new book Spirit Lives!

Spirit Lives! tells the fascinating stories of professional psychics and mediums as well as every day people who have had experiences with Spirit. Their amazing anecdotes show there is life after death, that life is eternal.

He will share excerpts from the book, including his own experiences. Following the book talk, he will be on hand to sign copies. The book is available as an e-book and in paperback on Amazon.

Dr. John Muciaccia Will Give Author Talks at Local Venues 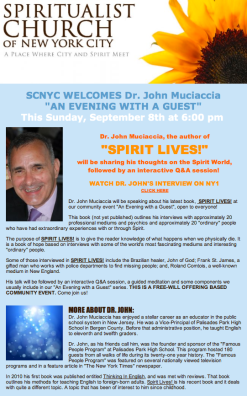 Dr. John Muciaccia will discuss his upcoming book Spirit Lives! at several “author talks” in the next few months. Spirit Lives! relates the experiences of 25 “ordinary” people and professional psychics, mediums and clairvoyants who have had extraordinary connections with Spirit.

He will share information about his compelling book with the Englewood Rotary Club on August 13.  NY1 Television will be covering the event.

New York city residents or visitors can catch Dr. John at the Spiritualist Church of New York City, located at 114 E. 35th. Street. The free talk, which will include an interactive Q & A session, begins 6 pm on September 8.

Dr. John also will be at the Fort Lee Public Library, at 7:30 pm on October 8. The library is located at 320 Main Street. NY1 Television is planning to cover the event.

Recently, Dr. John attracted a crowd to his talk at the Hoboken Library. He also has earned media attention from television and radio outlets about Spirit Lives!, expected to be published soon.

Last week’s “Book Talk” on Spirit Lives! at the Hoboken Public Library was a wonderful success for all concerned. About 20 minutes before the event was set to begin, the AC went out at the library. So, taking this as an opportunity, Dr. John Muciaccia moved the venue across the street to Church Square Park.

There were 100 people in attendance and the event was held under a gazebo
in this historic park where many scenes from “On The Waterfront” were shot.

At his “Book Talk” a Michael Jackson impersonator named Marlon Rodriguez performed for the crowd.   Also, Roger Ansanelli, a sound healer used his
crystal bowl to give a blessing to the audience.

Then Dr. John, as he is known to his friends, talked about his book Spirit Lives! to a very enthusiastic group. He discussed several very interesting selections from his book.  He talked “off the cuff” and had his listeners fascinated at what he had to say.

Although Spirit Lives! is not yet published, it has received media attention and is in the hands of a few international publishers being read at this moment. 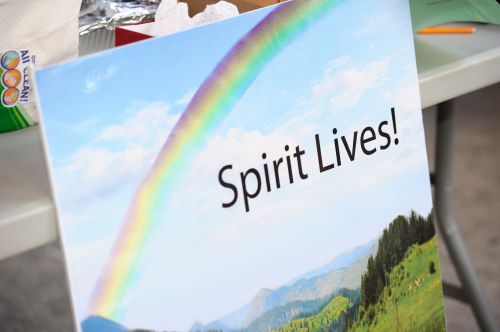 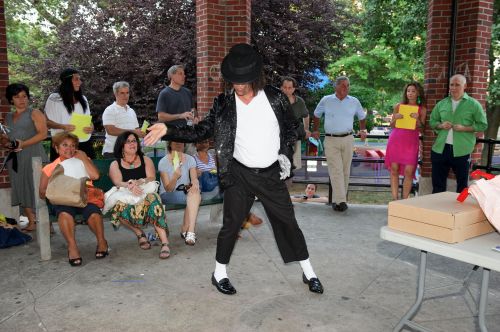 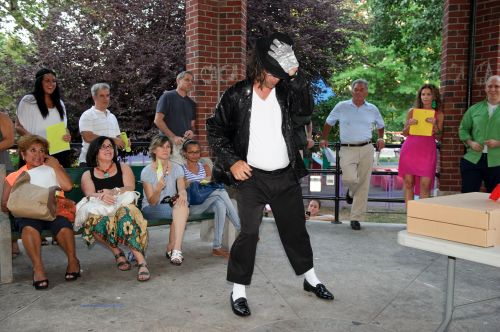 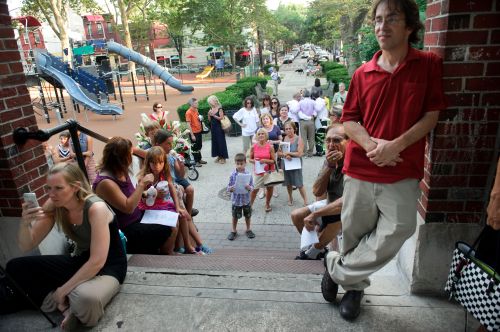 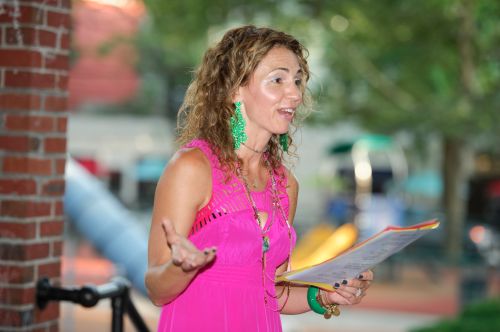 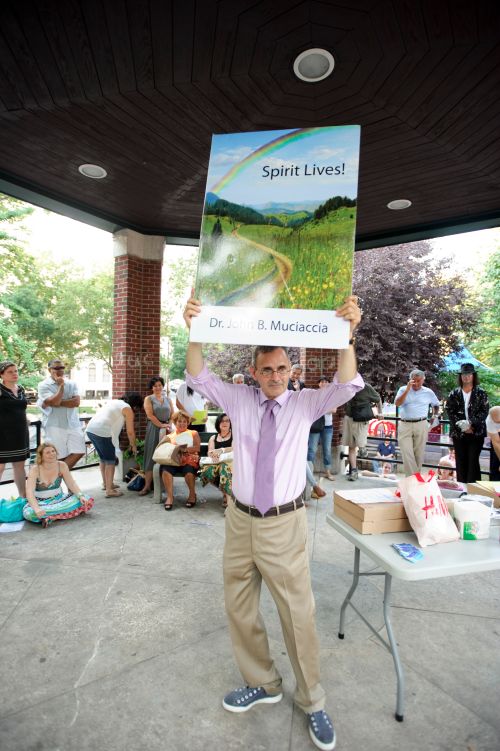 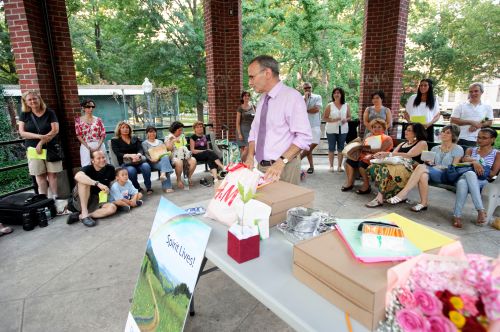 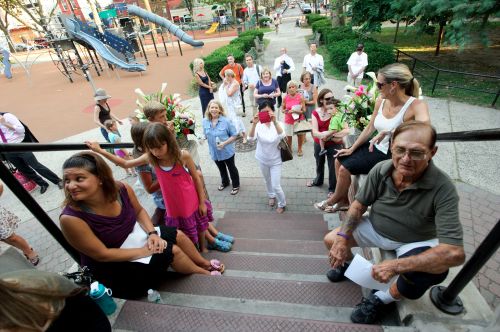 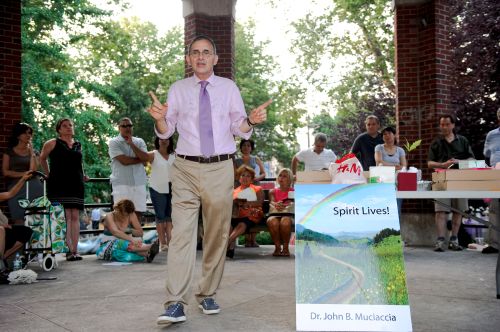 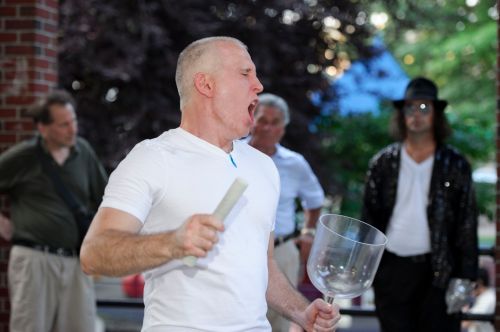 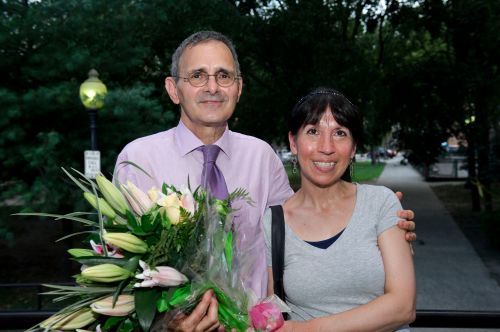 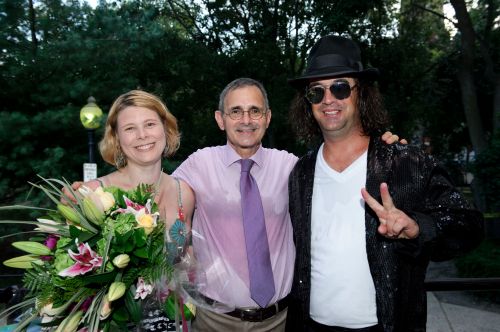 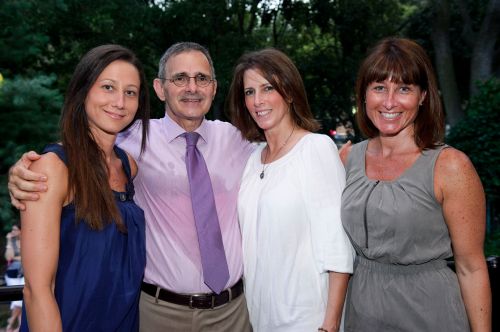 Dr. John Muciaccia will be speaking at the Hoboken Library at 6 p.m. on July 18 about his upcoming book, Spirit Lives! There is still time to register for this free seminar.

If you can’t make his talk, he will discuss recommended books (included below) that should be available at your local library or you can purchase from Amazon or other retailers.

The Law of Attraction: The Basics of the Teachings of Abraham by Esther and Jerry Hicks

You Can Heal Your Life and I Can Do It by Louise L. Hay

The Secret by Rhonda Byrne

Many Lives, Many Masters: The True Story of a Prominent Psychiatrist, His Young Patient, and the Past-Life Therapy That Changed Both Their Lives by Dr. Brian Weiss

Life After Life: The Investigation of a Phenomenon–Survival of Bodily Death by Dr. Raymond Moody

Proof of Heaven: A Neurosurgeon’s Journey into the Afterlife by Dr. Eben Alexander

The Infinite Way by Joel Goldsmith

Book Talk on Spirit Lives! at the Hoboken Library

Dr. John Muciaccia will be at the Hoboken Library on July 18 for a book talk on his upcoming book Spirit Lives! You can register online for this free program.

Spirit Lives! relates the experiences of 25 “ordinary” people who have had extraordinary connections with Spirit and approximately 25 professional psychics, mediums and clairvoyants who do this work every day.

There are amazing stories from everyday people such as a woman who sees auras and even my own grandfather “knew” things. Learn about the experiences of professionals including a voodoo priestess and Frank St. James, who has helped numerous police departments find missing bodies. St. James speaks to the spirit of people who have passed to help him locate their physical bodies.